Atlanta, GA — The Supreme Court of Georgia Commission on Dispute Resolution (GCDR) and the Dispute Resolution Section of the State Bar of Georgia have awarded the 2021 Chief Justice Harold G. Clarke Award to John A. Sherrill, Esq., in recognition of his outstanding contributions to the field of alternative dispute resolution in Georgia. 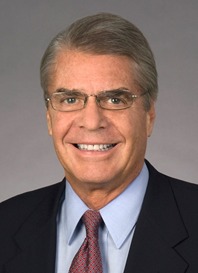 John Sherrill accepted the award on Friday, November 19, during a livestream of the 28th Annual Alternative Dispute Resolution Institute and 2021 Neutrals’ Conference. Upon receiving the award, Mr. Sherrill expressed his appreciation by sharing, “It is a tremendous honor to receive this award. The list of people I have to thank for being my mentors in this field is long, beginning with Abe Ordover from Emory, who introduced me to mediation back in the late 70’s; India Johnson, who recruited me for the AAA panels in the early 80’s; and all of the ADR practitioners and lawyers from whom I have learned over the years. In addition to my ADR practice, I was a trial lawyer in Georgia for over 45 years until I retired from my firm in 2014. Now, I am a fulltime arbitrator and mediator. and I can honestly say that my time spent has a neutral helping other people resolve their disputes has been the most rewarding part of my professional career.”

Mr. Sherrill graduated as a Morehead Scholar from the University of North Carolina in Chapel Hill in 1963. Before his career in ADR, John Sherrill was a distinguished Naval aviator during his 6 years of military service –including 80 missions during the Vietnam War flown from the USS Intrepid, which earned him his first professional award: 8 air metals. After law school, John came to Atlanta to practice law in 1972 after graduating from Duke Law School as a member of the Duke Law Journal. His law career accomplishments include serving as: Chair of State Bar’s Dispute Resolution Section, Member of the Council of the American Bar Association’s Dispute Resolution Section, Fellow and Director of the College of Commercial Arbitrators, Fellow and Director of the American College of Civil Trial Mediators, Member of the Board of Directors & Managing Council of the American Arbitration Association (AAA), Founding Member and President of Georgia Arbitrators Forum, Founder and Board Member of the Atlanta International Arbitration Society, and Member of several AAA arbitrator panels as well as ICDR and CPR panels. On 4 different occasions, he served as an Olympics arbitrator for AAA. John is also certified by AAA as a member of its Master Mediator Panel.

Along with the conference Co-Chairs Tracy B. Johnson, Executive Director of the Georgia Office of Dispute Resolution (GODR), and Sasan Nematbakhsh, Chair of the State Bar of Georgia Dispute Resolution Section, the award ceremony featured a distinguished presenter: GCDR Member and 2020 Clarke Award receipient Hal Gray. With seemingly parallel career paths, Gray and Sherrill became close friends and collegues. “If you have been around the legal community at all, for any period of time, John Sherrill’s name is very familiar to you – both as an advocate and as an ADR professional. He was among the first to practice ADR in Atlanta, which he continues to this day.,” said Gray. “Anyone that knows John knows that he is authentic: no B.S., no bluster, no big ego. He is profoundly fair, tremendously compassionate by nature, and has more common sense than anyone I know.”

GCDR and the State Bar Dispute Resolution Section created the Clarke Award in 2013 to honor the memory of the late Supreme Court Chief Justice Harold G. Clarke. From 1990 to 1994, when Clarke served as Chief Justice, he led the Supreme Court and the State Bar of Georgia in creating a system of processes- such as mediation, arbitration, and early neutral evaluation- that helped courts manage their heavy dockets and that offered litigants productive ways to resolve their legal disputes outside of litigation.