Atlanta, GA — The Georgia Supreme Court Commission on Dispute Resolution and the Dispute Resolution Section of the State Bar of Georgia have awarded the 2020 Chief Justice Harold G. Clarke Award to Herbert H. (Hal) Gray III, Esq., in recognition of his outstanding contributions to the field of alternative dispute resolution in Georgia.

Mr. Gray’s acceptance of the award was broadcast on Friday, December 4, as part of the 27th Annual Alternative Dispute Resolution Institute and 2020 Neutrals’ Conference held, for the first time, in a virtual format. 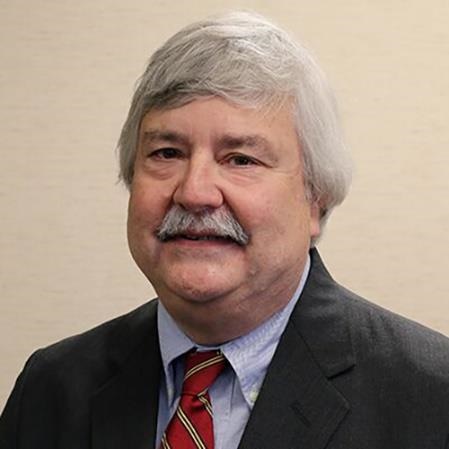 Along with the conference Co-Chairs Tracy B. Johnson, Executive Director of the Georgia Office of Dispute Resolution (GODR), and Stephen F. McKinney, Chair of the State Bar of Georgia Dispute Resolution Section, the award presentation included two of Hal Gray’s long time friends and colleagues – John Allgood and Caleb Davies, who spoke of Mr. Gray with great reverence for his professional accomplishments and personal friendships. Mr. Gray accepted the award with humble nobility, remarking:  “I am extremely honored to receive this Award. The list of people to thank is long and illustrious. From India Johnson, who Herbert H. (Hal) Gray III, Esq. nominated me to the AAA Arbitration Panels in 1986, to Judge Chuck Auslander, who nominated me to serve on the Dispute Resolution Commission a few years ago. I have the privilege of serving on the Commission with a group of accomplished professionals who understand and believe that fair and efficient dispute resolution lies at the heart of our justice system. The same is true for the members of the State Bar and Atlanta Bar DR Sections. Thanks to Tracy [Johnson] and Karlie [Sahs] for all they do to keep the wheels turning at GODR. Again, I am honored, and I thank all who were involved in my being the recipient of this Award.”

Mr. Gray has devoted over 40 years to the legal profession, with over 30 of those involving various alternative dispute resolution (ADR) practices. He is currently the Managing Partner of Ragsdale, Beals, Seigler, Patterson & Gray, LLP in Atlanta, focusing his law practice on Construction, Commercial and Real Estate Law & Litigation, and ADR. He is an American Arbitration Association arbitrator, a member of the Neutrals’ Panels of the International Centre for Dispute Resolution and the International Institute for Conflict Prevention and Resolution, and he has been serving on the Supreme Court of Georgia’s Commission on Dispute Resolution (GCDR) since January of 2018. Mr. Gray’s past service roles include: Chair of the State Bar of Georgia Dispute Resolution Section, Chair of the Atlanta Bar Association’s Construction Law and Dispute Resolution Sections, President of the College of Commercial Arbitrators, and President of the Georgia Arbitrators’ Forum. He is also a Fellow of the Georgia Academy of Mediators and Arbitrations and the National Academy of Distinguished Neutrals.

Upon learning of the 2020 award recipient, GCDR Chair Judge Jane C. Barwick shared, “I am personally so thrilled. What an outstanding recipient, recognizing the outstanding contributions that Hal Gray has made to Georgia. Rarely does true merit meet recognition, but it truly has here.”

GCDR and the State Bar Dispute Resolution Section created the Clarke Award in 2013 to honor the memory of the late Supreme Court Chief Justice Harold G. Clarke. From 1990 to 1994, when Clarke served as Chief Justice, he led the Supreme Court and the State Bar of Georgia in creating a system of processes- such as mediation, arbitration, and early neutral evaluation- that helped courts manage their heavy dockets and that offered litigants productive ways to resolve their legal disputes outside of litigation.